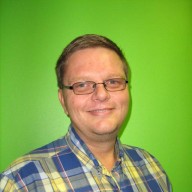 Do you know how much your inventory is costing you? – Part 6

Firstly, a public service announcement: this blog contains references to sex, nudity and violence.  You have been warned …

Well, eventually it had to happen.  After some birds and bees and flowers and trees action an egg has been known to give rise to the odd chicken.  Now (and here’s the violent bit) in order to cook a chicken to golden deliciousness, it is necessary to first deal with the unpleasant aspect of a slaughter.

After that’s done, the cooking process can begin. Add a rich and creamy peanut sauce for a nutty chick or add some chillies for a wholesome spicy chick or, if you like a crispy treat, cover the portions with a mixture of eleven herbs and spices and produce some finger lickin’ goodness.

I don’t want to go into too much detail regarding slaughtering.  After all, we still want to transform our bird into a culinary masterpiece.  No use spoiling the appetite now so rather than an image of the grim reaper hovering over the defenseless bird, let’s rather think about the Queen of Hearts pointing at the chicken and yelling “off with its head!”

The interesting thing about the processes to ‘optimize’ the now deceased chicken is that it works a bit differently than your traditional manufacturing processes. Instead of combining different components via different operations to get a single product (parent) you now get different pieces out of the one carcass that was consumed by the job (works order).  Yes, your input weight and output weight remains more or less the same (and serves as an excellent control point within your process) but here we have a sample of an inverted BOM (Bill of Materials).

SYSPRO handles inverted BOMs with ease.  First, you define a notional part with a normal BOM attached.  Then you define the co- or by-products that get produced from the notional part.  This enables you to issue multiple components and labor to the job and also receive multiple stock codes from the job.

Of course, not all chicken parts are created equal.  The breasts and thighs are at a much higher premium than the legs, necks and other bits.  You would want to allocate different costs to the different cuts and this costing is called the proportional costing at split-off method.  Even here SYSPRO comes to the rescue!  When using notional parts with co- and by-products you can assign a cost distribution to have different costs for the different cuts.

Instead of purchasing tinned dog food for my two beloved Weimaramers I prefer cooking up these bits and pieces for them.  At the local grocery store I purchase chicken necks for next to nothing (admittedly, I am too squeamish to use heads, feet or viscera).  Since the necks are an unpopular cut it is almost the lowest cost real chicken item available.

I get my trusty slow cooker (crock pot?) and fill it three quarters of the way with chicken necks.  No spices or salt necessary. After slow cooking for a while I top it up with defrosted veggies and let it continue cooking until the neck bones are nice and soft.  Out comes the stick blender and I mush it to a pulp, let it cool down and then scoop into ice trays and place in the freezer.  Remove a couple of blocks when needed.  Your dogs will love you forever.

And there we have it: healthy dog food recipes and inventory costing tips all in one. We really do offer a complete service here at SYSPRO!

Leave a comment
PrevPreviousMore complexity in the ERP UX experience? Yes, but isn’t simplicity the name of the game?
NextApplying Windows 10 principles to ERPNext